Progress on my Dino Knight project

So I started a Dino Knight project recently, I have a few things I want to accomplish via this project

As always I started with a sketch, and of course, the end product is nothing like this. It is just an envisioning of what I would like to see. I can't really decide whether this should be some type of holy knight or some type of exiled knight who used to be part of the imperial guard of sorts. Throughout the project, I slowly leaned more towards having an Arabian / Egyptian theme or perhaps the Tomb Kings aesthetics from Warhammer.

Started with an armature, it was a challenge working with a very different shape than your standard human armature. I used milliput to cover the major joints.

Following the armature, I started bulking the figure up using some t-rex images online. A layer of milliput was added to prime the armature before I use Fimo professional to bulk up the figure. I like to use polymer clay at this stage because it gives me unlimited working time. The head was obviously way too big for its size at the moment as suggested by my SO (She's a professional art director, really).

At this point, I feel like the head can use a little bit of a makeover, so I changed it to a more dilophosaurus look, because frills, everybody likes frills. I also referenced a lot from the Warhammer cold ones in terms of anatomy, to give it a more agile appearance rather than a powerhouse t-rex like physique.

This is probably the part I spent most of my time on, texturing scales and giving it the dino look. Scales were a bit of a challenge because I want to get a good balance between the uniform scales and a battle worn look. But I'm generally happy with what I did with the head. Generally, I lay a thin strip of clay on the body and then use a surgical knife to cut in the scales, then I use a burnishing tool/ my finger to smooth it out.

I made a bunch of teeth using pro-create and then added it to the mouth, now looking a lot more fearsome and intense, but its going "hehehe". 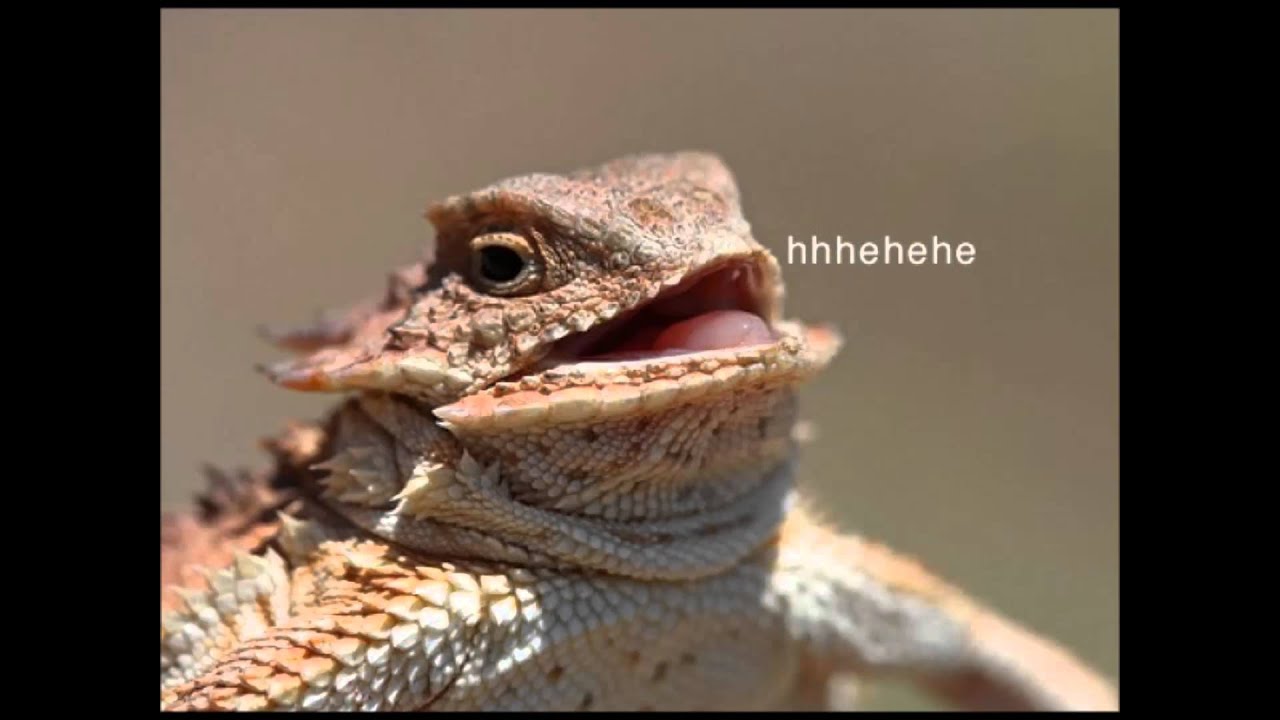 Finally happy with the base figure, so off to the oven it goes. My SO won't let me use the toaster oven for obvious fumes reasons, so I have to use my own el-cheapo one to bake the polymer clay, I found that getting a even distribution of heat in a small oven like this is a challenge, resulting in some burnt parts on top.

Easter weekend arrived and I was able to sit at home and work on slapping on some armor. Fully committed to the Arabic / Egyptian look now. One thing I regret is ending up covering most of the dino with chain mail. but it is starting to come together nicely, going to bake it agian soon before I add additional details. 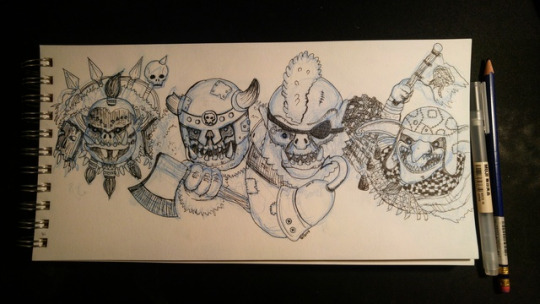 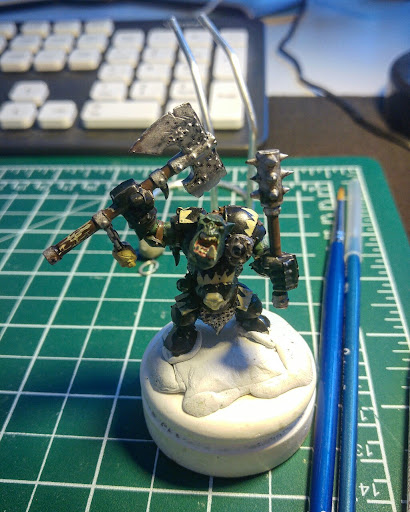